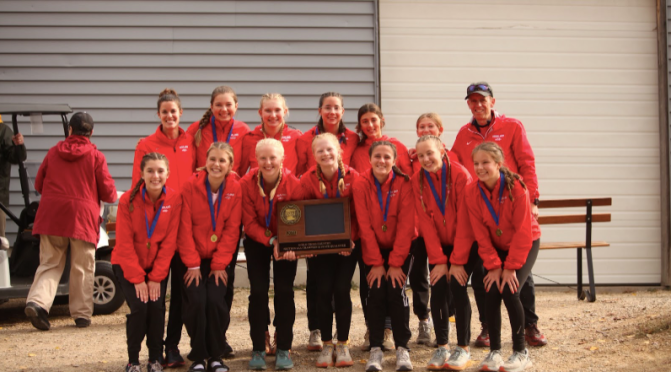 A lot was riding on the Highland Parks Scots’ performance at the 2022 section 3AA meet. In the last 5 years, the boys and girls cross country teams at Highland have made several state appearances each. 2021 was perhaps the most successful state meet in Highland history. The girls team won the state meet, while the boys team came in third.

2 years ago, Highland Park was moved down a section due to their school size, placing them into competition with teams slower than their previous section. Last year, this helped the team secure their spots at state with much less anxiety and stress. This year, the competition has increased, especially on the boys side.

This year, Two Rivers, Highland Park, and St. Thomas Academy all finished the section meet within 10 points of each other. Two Rivers took 1st place, taking the first spot at the state meet, with 49 points. Highland was very close behind, taking 2nd place, and the final spot at state, with 51 points. St. Thomas Academy finished in 3rd place, just missing out on state, with 58 points. To put emphasis on how close these point totals are, the 4th place team finished with 130 points.

In the boys 5K race, Highland had runners place 1st and 2nd, finishing just 4 seconds apart. Gavin Roberts cruised to the finish line in 1st place, with a time of 16:16. His teammate, Davis Isom, kicked hard right behind him, trying to ensure he beat the runner from Two Rivers, who finished 2 seconds behind Isom.

The boys team is ranked 4th overall in class AA.

“There is only excitement going into state”, said senior Ben Martin. “We don’t have any expectations other than to have our best race of the season”.

The boys team believes there are around 6 teams with a chance of winning, and they are one of them. “We know the race will be super close, and that just makes it more fun”, said Martin.

On the girls side of the race, the pressure wasn’t quite as high. The girls team has been ranked number 1 in class AA all season, and for good reason. They’re fast.

The Highland Park girls took 1st place at sections this year, beating 2nd place Two Rivers 26-60. Luna Scorzelli finished 1st, 38 seconds ahead of 2nd place, with a time of 18:11. Delia Johnson, also from Highland, finished 2nd with a time of 18:49.

Looking ahead to the state meet, Luna Scorzelli is ranked #1 in class AA, and Delia Johnson is ranked #8. Highland is the only girls team with more than 1 runner ranked in the top 12.

“There is definitely some pressure to repeat previous results this year. This can be super stressful, but it’s also super exciting”, said senior Delia Johnson. “I’m grateful to be on such a hard working and high performing team and I’m looking forward to showing everyone what we’re capable of”.

The state meet is on Saturday, November 5th, at St. Olaf college.

On Monday afternoon, teams from 7 Saint Paul high schools showed up to the Highland Golf Course to compete for the conference title.

For the Boys race, there was a lot of pressure on many runners. Highland Park and Como Park were both section champions and state qualifiers in 2021, and the conference title would not be an easy one to win for either team. Como’s number 1 runner, Charlie Power Theisen, is ranked 11 overall in class AA for the state of Minnesota.

Power Theisen was expected to win the boys race, and he did just that. He finished with a time of 15:40, which was 22 seconds ahead of 2nd place, who happened to be Charlie’s teammate, Mason Aarness.

“It feels great to represent Como in the conference,” said Power Theisen after winning his 3rd straight conference title.

Highland Park beat Como by 4 points. In comparison, there was a 28 point difference between Como Park and 3rd place, Central.

Highland’s Boys Varsity team consists of 5 seniors out of 7 runners. Graduation will likely take a toll on the future of the boys team.

For the girls, this meet was not as stressful as previous meets they’ve attended. “The pre-race atmosphere contributed to so many amazing races,” said senior Delia Johnson. “There was no nervous energy. We were all confident, calm, and energized with team spirit.”

The Highland Park girls team won the conference title by a wide margin. Junior Luna Scorzelli cruised to the finish line with a new school record of 17:25. Senior Delia Johnson followed in 2nd place with a time of 18:17. Highland finished just shy of a perfect score, with runners coming in at 1, 2, 3, 5, 6, and 7, with Laura McClary from Central finishing in 4th.

Only 4 teams were able to fill a lineup for the girls varsity meet. Highland Park, Central, Humboldt, and Washington, (finishing in that order), filled out full rosters and competed for the conference title.

The Highland Park girls are ranked number 1 in Class AA state. The reigning state champions do not appear to have lost any of their fire or determination over the past year.

“There is mostly excitement in terms of results,” says senior Chloe Koch. “Everyone just wants to see how fast they can race and have fun at the same time.” Koch also said that “There is some pressure to perform well but that isn’t being pushed by the coaches or the team. We know everyone will run super well.”

Confidence is exuding from the Highland Park girls as they look ahead to sections next week.

Unlike the boys team, the girls team will likely not be as affected by graduating seniors. Only 2 seniors currently hold varsity roster spots, and the girls JV team is on fire this season and has many girls ready to fill those spots.

Highland Park also took home the JV trophies, as JV boys and girls took the number 1 spot in their races.

The HP JV girls have been undefeated in races this season, and dominated the playing field at Conference. Highland put 35 girls into the JV race, and in the top 30 finishers out of 60, only 3 were not from Highland.

All teams will be looking ahead to their section meets next week.

The Highland cross country team started practicing on August 15th, but didn’t make their racing debut for the season until half a month later.

On September 2nd, the team started off the year with the Irish Invite, which was hosted at Rosemount High School. This race was a 2 mile, and the course had a wide open field at the beginning and end, great for a fast start and well timed kick. The girls did amazing during this race, with both varsity and junior varsity winning 1st place. The JV boys got 4th, and many of the boys varsity runners were sick, shortly prior to the race, so they didn’t run as hard. But overall, the team did well here, especially the girls.

A week after this, on the 9th of September, the city conference 2 mile was hosted on our very own course right outside the school. Both varsity and JV girls teams, as well as the boys varsity ended up winning, with the JV boys getting 3rd. The team clearly was more prepared for this race, with every part of the team either winning again or placing higher than the last race.

One runner that stood out to a lot of people was Luna Scorzelli, a Junior from Highland. She ran 2 miles in 10:53, beating out the entire rest of the field by 40 seconds! The rest of the varsity girls did amazing too, with 7 of the top 10 finishers being from Highland. Overall, a very solid race across the board.

One thing we know for sure, is that this season, so far, has been great for the girls varsity. In the Roy Griak Invitational, one of the largest races in the Midwest, with teams from multiple different states competing on the same course, the girls placed 5th out of over 50 teams and almost 500 competitors! This happened on September 23rd, and the season doesn’t end until early November. Who knows if Highland can keep up their amazing season, but we can certainly hope. 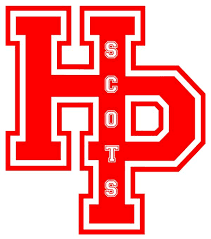