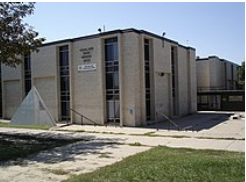 I interviewed Kelly Schleper at Highland Park Senior High. In the interview I asked her these questions:

What do you teach?

How long have you been teaching?

She responded saying, “I have been teaching since 2006.”

What is your favorite part of teaching?

She responded saying, “My favorite part of teaching is working with students.”

What do you do in your free time? Any hobbies?

Is there any interesting fact about yourself that none of your students know?

She responded saying, “I am actually the oldest of 37 cousins.”

How did you spend your winter break?

She responded saying, “Hanging out with my kids.”

The final question I asked was, do you enjoy teaching at Highland Park Senior High?

Based on Ms. Schelper’s responses, they seem like she is very engaged with her students individually, and very supportive of her students and other staff.

I also interviewed two students who have, or have had, Ms. Schleper. I asked them these questions:

How do you feel about Ms. Schleper as a teacher? Did you feel supported by her when you are/were in her class?

One of the students responded to the first question saying, “I love her as a teacher. I find her super funny and a great teacher. She helped me with everything I was struggling with in math.”

The same student responded to the second question saying, “I think she may be one of the teachers I feel the most supported by. She offers all of her classes extra help during advisory, which has really helped me.”

The other student responded to the first question saying, “I really enjoy Ms. Schleper as a teacher. I don’t think I could see her in any other career. She is super kind to all of her students despite teaching extremely difficult subjects.”

The same student responded to the second question saying, “I have never once not felt supported by Ms. Schleper. She always offers her students extra help and I know that has made a great impact on some of my fellow friends.”