Here in Minnesota, I always find it hard to find places to go for dates that would be fun, affordable, and a good place to take good photos. Here are a couple of great places to take someone out on a date that are not only fun, but affordable and accessible.

The first place is Walker Art Center in Minneapolis, yes the art center with the giant spoon and cherry. Not only is it perfect to look at beautiful art with the person you like, but they also have an interactive room which they change every now and then.

The art center also has a 360 experience where a quartet plays that you can also watch along with films including music, sensory mini golf, short film showings, and so much more.

The statues outside are beautiful to look at and a good walk near the center to talk and take pictures. The price to go to look at the statues are free! You get to walk around to look at the unique structures and read about who made them and what they symbolize.

If you want to take great pictures and still have a good time, I would recommend going to the Como Conservatory and Zoo. Not only is it free but the conservatory has beautiful plants to see and it has beautiful scenery for photos.

During the summer the conservatory has a beautiful and amazing Japanese garden where you can walk through and read all about the plants and their origins. The zoo has many animals with interactive activities to do while you’re there.

The center itself has held many events like Gardener Talks, The Spire Sparky show, Adventure Day, Bonfires, Winter carnivals and so much more. 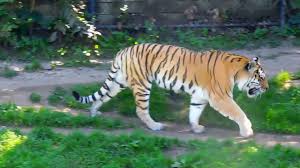 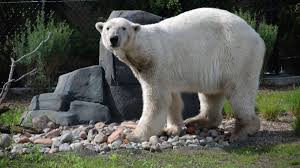 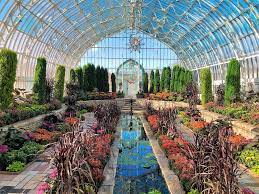 At the Como Conservatory and Zoo, they also have a Como Town which includes rides and games kind of like a county fair, which unfortunately, like the conservatory and zoo, is not free. Ticket prices are as follows: Unlimited Ride Wristband (Includes one Soaring Eagle Zip Ride) — $27.95

‘Until They Bring the Streetcars Back’ serves up a nostalgic journey through the streets of post war, 1949, Saint Paul, those wistful days of sodas, big band music, and burning leaves.

A harmless prank, a chance conversation, and Cal Gant stumbles onto cruelty, incest, and murder when he attempts to save a girl, named Gretchen, from her abusive home.

‘Until They Bring the Streetcars Back’ is about teenagers and how their lives are in and out of school, and what they go through on a daily basis.

Gretchen is one of the characters where she’s so not social with people at school or anywhere, and where she has a very abusive home and a strict dad. Her dad does not let her talk to boys. And when she met Cal, she was afraid that she would get in trouble from her dad.

Gretchen also had a crush on Cal but Cal had a crush on somebody else at the time. Gretchen and Cal talk to each other everyday. At first it was hard because Cal was popular and Gretchen wasn’t. People started to say that Cal and Gretchen were together and they started to make fun of their relationship/friendship. The people in school are like that because they know that Cal can do better and find a better girl, and they just think that Gretchen is weird.

While I was reading this book, I had the following questions:

I thought she was not allowed to talk to boys?
Yes, she’s not allowed to, that’s what made their friendship/relationship so secret from her dad because she was afraid of what her dad would do to her. So, Gretchen and Cal started to make a plan to meet in secret on when to do it, how, and where. And from there, friendship started.

Who was the girl he liked if not Gretchen?
He liked a girl named Lola. In the book you can see that for homecoming he did not take Gretchen out to homecoming but instead he took someone else. And in the begging of the book he claims that he does not like Gretchen, he likes Lola and that’a what he told his friends.

Cal is another character that struggles with things from home and school, his parents fight but they’re still together. Cal is an athlete that plays football and basketball. He was having some difficult times because he got caught up in Gretchen’s problems at home.

Another difficult time is where he tries to get his dad to come to his games. His dad always says “Yes” or “I don’t know” or “Just no, I’m too busy with work”. He never ends up going, and it shows that how much Cal wants to hang out with his dad more and make memories with his him.

And another difficult time is when his mom said stay out of people’a business it’a not your problem and their’s. Well, he had a difficult time with that when he met Gretchen and got sucked into her problems at home.

‘Scream Queens’ is a show about sorority girls named Chanel Oberlin, Chanel #3, and Chanel #5 They were named this because Chanel couldn’t remember their names. I also think it’s a sense of ownership and an example of how Chanel sees the world.

Season 2 opens up as a recap of season 1. The season was about the “Red Devil Killer”, who chased down the sorority girls and killed their “friends”. One of them, was Hester Ulrich, who was behind the Red Devil Killings, and framed the Chanel’s, who then were sent to a mental hospital.

I think the first season shows the privilege of the Channels as white women because Chanel murdered the housemaid for the sorority house and got bailed out immediately without questions or punishments. The Chanel’s get a job as doctors and get to have their TV show even though they’ve never studied or majored in a medical university. A quote from one of the characters named Wes Gardner, kind of explains it all “Even if they fail they succeed”.

One thing I would like to address is that they treat Chanel #5 like she is not logical or she’s so weird and crazy, which I know is just for comedic relief, but I just find it so entertaining how she’s the only person that’s the closest to normal and everyone treats her like she’s not.

A mystery about this show that has been bothering me for a while is that Chanel #3 hides her ears with earmuffs and I have always wondered what is so bad about her ears that she has to hide them.

I think this show should’ve gotten a season 3. I might be wrong, but I heard many people say that it got canceled yet when I research it online it says a season 3 is coming out. I can agree with people when they say that Chanel is a very horrible person, she’s racist, ableist, and very self-centered, the only reason I like her as a character is that she’s the most authentic and interesting one besides Kathy Munch, A.K.A Dean Munch, one very underrated character. I also think another character that deserved a lot more screen time is Zayday Williams, played by Keke Palmer. I fell in love with her character ever since she first appeared on the show.

Anyways, this is my quick opinion the ‘Scream Queen’ characters in season 2. I hope this article made sense and helped you form your own opinion of the characters and such. Overall, I would give it a 6/10. If you want to watch ‘Scream Queens’ it is available on Hulu.